Seven Tube carriages have been partially buried under thousands of tonnes of rubble that poured into a station when a building collapsed.

Hundreds of ‘dead’ bodies were today strewn across the horrifying scene of carnage, the victims of this major disaster.

These are the traumatic sights that scores of emergency service were faced with as they took part in the first day of Europe’s largest-ever disaster response training exercise.

The scenario involves a tower block collapsing on to the bustling Waterloo Tube station, which has been partially built in a disused power station in Kent.

Over the next four days, some 2,000 blood-covered volunteers will act as ‘victims’, with fake sliced limbs and open wounds recreating the blood and gore of such a large scale incident.

Large scale drill: This photograph reveals the workings behind the mutli-agency exercise, which has taken more than a year to plan. The scenario, which involves a tower block collapsing on to the bustling Waterloo Tube station, has been built in a disused power station

Casualties in the carriage: Actors with stage make up lie slumped in the Tube carriage as they wait for rescue workers

On the ground: Police officers attend the scene of the fictional attack, helping those outside one of the Tube carriages

Wounded: Actors have lifelike injuries, including burns like the one pictured, painted on to their bodies to make the scenario more realistic

Attention to detail: Actors with gory wounds and terrifying face make up enjoy a quiet moment before they play their part in the scenario

Co-ordinated response: Different agencies work alongside each other as they help Tube passengers trapped on the platform

Casualty: An actor pretending to be a pregnant woman injured in the disaster lies waiting to be rescued on a pile of rubble

Evacuation: Two female actors are escorted out of the site, which has been built to look like the Waterloo Underground station

Directed to safety: Hundreds of actors pretending to be passengers in the station are seen calmly leaving the scene

Teams from four different countries will use the drill to put into practise the skills needed in the event of a major emergency, such as a terror attack.

To create the most realistic environment possible, Waterloo Underground station has been built and then ‘crushed’ at the disused Littlebrook power station in Dartford, Kent. A video taken from the scene captures actors pretending to be victims screaming in the aftermath of the building collapse.

With more than 1,000 casualties, thousands of tonnes of rubble, seven Tube carriages and hundreds of emergency service responders, Exercise Unified Response (EUR), co-ordinated by the London Fire Brigade, has been over a year in the planning.

It is the largest-ever training exercise in the 150 year history of the Brigade.

Police, firefighters and paramedics will this week work side-by-side with more than 70 partner agencies including local councils, utility companies and specialist search and rescue teams to respond to the disaster during the four-day drill.

Disaster victim identification teams from all UK police regions are also working alongside other forensic specialists in a mortuary on site.

Teams will also be working alongside firefighters from Italy, Hungary and Cyprus who will also be mobilised to the incident on Wednesday.

The massive scale of the incident gives specialist teams an opportunity to practise skills and functions that are rarely used but are necessary in the event of a major disaster.

In recent years specially trained teams from around the UK have been deployed to assist in the downing of Malaysia Airlines Flight MH17 in July 2014 and the Shoreham Air Crash in August last year.

Disaster strikes: The drill allows rescue workers across Europe to practisce the skills they would need in the event of a terror attack

Graphic: Actors like this one (right) will wait at the scene to be rescued by emergency workers (one pictured at the scene, left)

Grisly: This chilling sight of a man bleeding from his injury after getting caught in the collapse was one of the many seen today

Rapid response: Fire and ambulance crews work together to remove a body, left, as other casualties wait for instruction on the platform

Moments away: Paramedics were dust masks to protect themselves as they tend to those caught up in the staged disaster

Low lighting: As well as contending with the injuries, rescue workers had to tackle the underground conditions (recreated above)

Trapped: Passengers who were caught inside their carriage when the building ‘collapsed’ are seen screaming for help

Helping the wounded: Emergency response workers are seen tending to actors who have been made up to look like disaster casualties

Emergency response: Workers from a number of different agencies are seen working together to treat a casualty recovered from the scene

Difficult conditions: Two men are seen looking out of one Tube carriage window, left, as survivors are lifted from underneath a carriage

Horror: A ‘dead’ body lies strewn across the roof of one of the seven Tube carriages involved in the training exercise

Working together: A volunteer plays the role of a ‘dead’ disaster victim (left) emergency workers help a ‘pregnant’ casualty at the scene

Training: A police officer uses a dummy to practice administering a breathing aid at the scene of the staged emergency

London Fire Commissioner Ron Dobson, said: ‘Exercises of this scale are important to ensure that we are always ready to respond no matter what happens.

‘You can’t get this sort of experience from a text book, we need to play it like it’s real and ensure that should the worst happen, our response is effective and well coordinated. It’s fitting that this exercise should be part of our 150th celebrations as it shows how we have developed as a Brigade.

‘The modern fire service is no longer just about fires, we have a range of skills including carrying out complex rescues from height, detecting hazardous materials and rescuing people from water.

‘However, Exercise Unified Response is not just about the rescues; an incident of this size affects everyone from thousands of stranded commuters who can’t get home, to distraught relatives who can’t reach loved ones.

‘We are working with TfL, local councils and various voluntary organisations to simulate the wider and longer term impacts that any major disaster would have on the community.

Underground treatment: In a room created to look like the Waterloo Tube station, emergency workers tend to the ‘wounded’

Unable to move: Two volunteers sit with bandages on their head during the exercise, left. Right, a casualty is escorted from the scene

Carried to safety: A volunteer playing a woman injured in the collapse is strapped to a stretcher before being taken out of the station

Specialist training: Rows of ‘victims’ are lined up on beds in a makeshift centre set up outside the Tube station

Treatment: Firefighters carry out one actor who was left unable to walk after he ‘injured’ his leg in the Tube station collapse

Walking wounded: A woman with a nose injury leaves the Underground station alongside other well enough to stand

Treatment: Firefighters tend to young women who sustained minor injuries in the accident, in an area set up outside the station

Plan of action: Emergency response teams organise themselves outside the station before going in to practise their skills

There were more than 1,000 casualties – represented by dummies and actors – in the scene today.

More than 70 agencies from 4 different countries across Europe are taking part in the four-day event.

Some 2,000 volunteers will play the wounded and injured.

More than 250 emergency service personnel will attend the disaster scene this week.

The drill took more than 365 days to plan.

‘Although this scenario is not a terrorist attack, we will be practising procedures and systems that are common to any emergency that results in a large number of fatalities and injuries.

‘For example, hundreds of people left the 7/7 London bombings without physical injury, but found themselves struggling psychologically in the years that followed. In this scenario police and local authorities will set up a Humanitarian Assistance Centre which offers information and support.

‘The exercise will also be rigorously observed by independent evaluators and any lessons learned will be used to improve the way in which we respond to future emergency incidents.’

Chief Constable Debbie Simpson, of the National Police Chiefs, said: ‘Victim identification is never a pleasant subject to discuss but it is unfortunately a reality.

‘When disaster strikes families need to be confident that the authorities are doing everything they can to identify their loved ones in a dignified and respectful way, whilst supporting any criminal investigation.

‘Importantly this process cannot be hurried. As frustrating as this can sometimes be, especially in a world of fast paced mainstream and social media, we have to be meticulous in our approach to ensure we achieve reliable scientific identification.

‘It’s not often we get to test working practices on such a scale and it’s really positive to see so many of our European colleagues involved. Effective evaluation and debriefing will help highlight good practice and any areas for development.’

Playing the part: An actor has his face covered in stage make up as he prepares to play a casualty of the would-be disaster in London

Behind the scenes: Photographs taken of the actors before they take their places in the exercise reveal the work that went in to the drill

Covered in rubble: Three female ‘victims’ of the crash are seen on the Tube platform, with fake blood making the situation more realistic

WE ARE FROM THE FUTURE 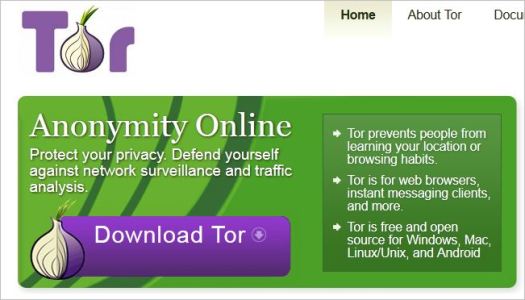 This site in an other language, you choose which one 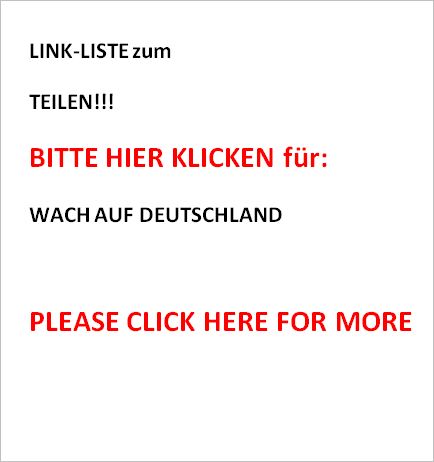 I don't give in any way permission to any so called government, or any company ordered by them
to visit this site plus collecting or saving information for whatsoever.
UCC-1-308 without prejudice